We were so excited when Los Portales opened in our neighborhood. It was a family-owned Mexican restaurant that made its own tortillas and served kick-ass Horchatas. Sadly, it closed a few months ago. We were wrong about its staying power. Luckily, the space didn’t stay empty for long, and last weekend, we tried the restaurant that opened in the same space: Pad Thai, coined as fine Thai and Burmese cuisine.

The menu isn’t extensive, but it does offer a variety of traditional Thai dishes, including the ever-popular Pad Thai. The best part? The menu contains pictures of most of the dishes, so I chose the dish that looked the best: Thai Beef Noodle Soup ($6.95). Jon opted for Pad Thai with tofu ($7.95), and Jon’s dad had Pad Si-eew ($6.95). 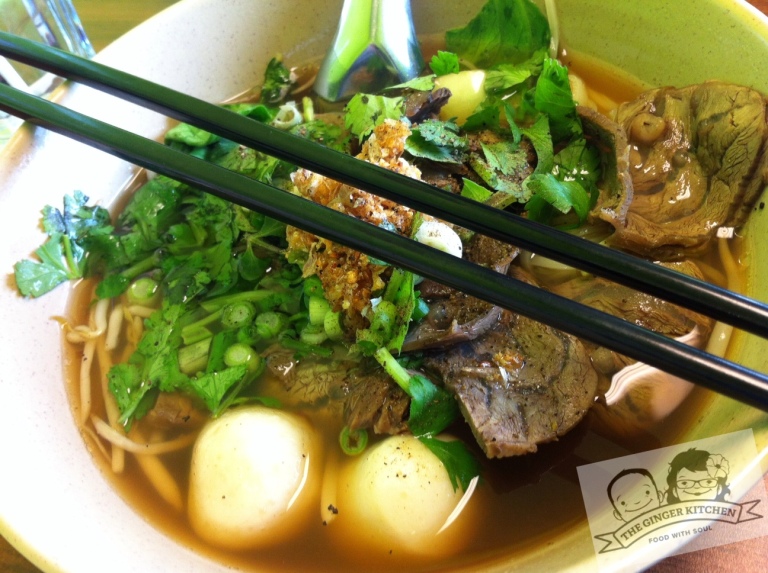 The Thai Beef Noodle Soup was fabulous; full of thinly sliced beef, rice noodles, cilantro, scallions, and bok choy. The broth was extremely flavorful, with a hint of cinnamon, giving it a heated, sweet taste. The dish also contained fish balls, which I did not care for, but they were easy enough to eat around. I can’t wait to go back and have this again! It will certainly be in regular rotation. 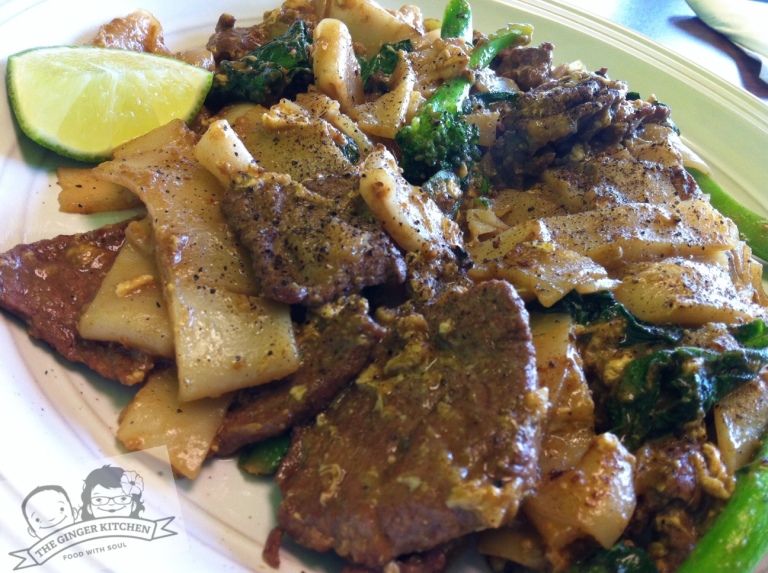 Jon’s Pad Thai measured up to classic Pad Thai dishes we’ve had at other Thai places. He especially enjoyed the “extras” available at the table- peanuts, pickled jalapeños and red chili, enabling him to make his dish as spicy and he likes. Jon’s dad’s Pad Si-eew, made with  stir-fried ribbon noodles, bok choy and beef, was good as well. He added peanuts and red chili to ramp up the flavor. 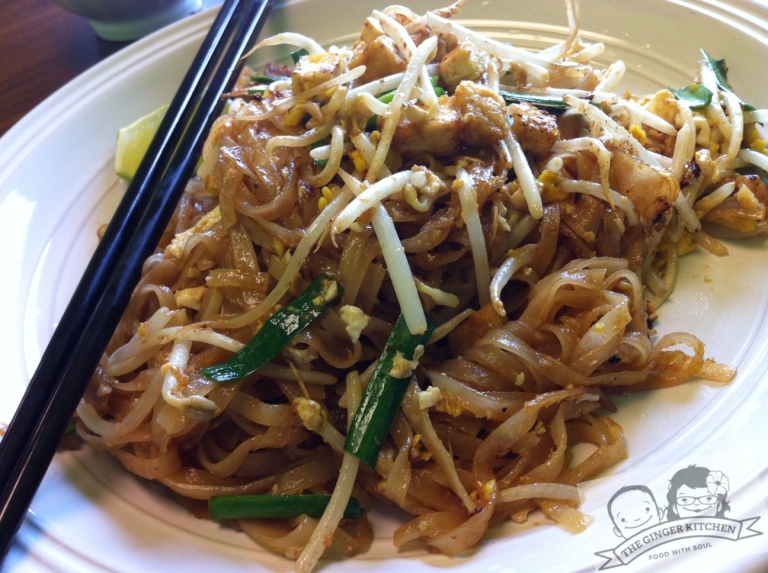 Give it a try! We want good places like this to survive in our neighborhood.